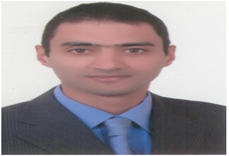 Dr. Mahmoud A. Abdalla was born in 1973. He received the B.Sc. degree, with grade of excellent with honors, (GPA=3.91), in electrical engineering from the Electrical Engineering Department, Military Technical College, Cairo, Egypt in 1995. He was awarded the M.Sc. degree, (GPA = 4) in electrical engineering from Military Technical college in 2000, and the PhD degree from Microwave and Communication group, School of Electrical Engineering, Manchester University, UK, in 2009.
He has been with Military Technical College since 1996 where he is now a professor and the head of the electromagnetic waves / microwave group in Electronic Engineering Department. Also, he has been a Visiting Professor in Department of Computer and Electrical Engineering, University of Waterloo, Canada since 2017.
He has published more than 200 peer-reviewed journal and conference papers. His research is focusing on miniaturized multiband antennas/wideband microwave/ millimeter components and antennas with great attention are to employ metamaterial / EBG, structures. Also his research includes electromagnetic MIMO antennas, energy harvesting systems, smart antennas, frequency selective surfaces, radar absorber and electromagnetic launchers.
He is currently an editor and a reviewer in many electromagnetic journals such as IEEE Transactions on Antenna and Propagation, IEEE Antennas and Wireless Propagation Letters, IEEE Transactions in Microwave Theory & Techniques, IEEE Microwave Wireless Components Letters, IEEE Transactions in Magnetics, IET Microwaves, Antenna and Propagation, IET Electronics Letters, IET Communications, Microwave and Optical Technology Letetrs, International Journal of Microwave and Wireless Technologies, Scentific Reports, AEU Int. journal of communication and electronics, Personal Wireless Communication, Applied Physics, and others.
Dr. Mahmoud Abdalla is a senior member of the IEEE and URSI and the European Microwave Association EuMA.
Dr. Mahmoud was the recipient of Egyptian encouragement state prize award for engineering sciences in 2014. He was awarded the top 1 % Publon worldwide reviewer award for 2018 and 2019 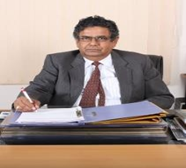 Dr. D. P. Kothari obtained his BE (Electrical) in 1967, ME (Power Systems) in 1969 and Ph.D. in 1975 from BITS, Pilani, Rajasthan. From 1969 to 1977, he was involved in teaching and development of several courses at BITS Pilani. Earlier Dr. Kothari served as Vice Chancellor, VIT, Vellore, Director in-charge and Deputy Director (Administration) as well as Head in the Centre of Energy Studies at Indian Institute of Technology, Delhi and as Principal, VRCE, Nagpur. He was visiting professor at the Royal Melbourne Institute of Technology, Melbourne, Australia, during 1982-83 and 1989, for two years. He was also NSF Fellow at Perdue University, USA in 1992. He also taught at Melbourne University Australia for one semester in 1989. Dr. Kothari, who is a recipient of the most Active Researcher Award, has published and presented 812 research papers in various national as well as international journals, conferences, guided 50 Ph.D scholars and 68 M. Tech students, and authored 60 plus books in various allied areas. He has delivered several keynote addresses and invited lectures at both national and international conferences. He has also delivered 42 video lectures on YouTube with maximum of 40,000 hits! Dr. Kothari is a Fellow of the National Academy of Engineering (FNAE), Fellow of Indian National Academy of Science (FNASc), Fellow of Institution of Engineers (FIE), Fellow IEEE ,Hon. Fellow ISTE and Fellow IETE. His many awards include the National Khosla Award for Lifetime Achievements in Engineering (2005) from IIT, Roorkee. The University Grants Commission (UGC), Government of India has bestowed the UGC National Swami Pranavandana Saraswati Award (2005) in the field of education for his outstanding scholarly contributions. He is also the recipient of the Lifetime Achievement Award (2009) conferred by the World Management Congress, New Delhi, for his contribution to the areas of educational planning and administration. Recently he received Excellent Academic Award at IIT Guwahati by NPSC-2014. He has received 6 Life Time Achievement awards by various agencies on 19th February, 4th March, 11th March, 18th March, 20TH March and 25th March 2016, respectively. On 20th April 2016 he received ‘Living Legend’ Award in Chennai Conference. Currently Dr. Kothari is with S.B Jain Institute of Management , Research and Technology, Nagpur serving as Director Research and Professor, .He is also chairman board of governors of THDC Institute of Hydropower Engineering and Technology ,Tehri. 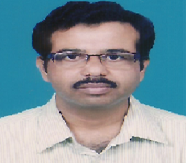 
Dr. Partha Pratim Sarkar was felicitated with a Ph.D in engineering from Jadavpur University in the year 2002. He has obtained his M.E from Jadavpur University in the year 1994. He earned his B.E degree in Electronics and Telecommunication Engineering from Bengal Engineering College (Presently known as Bengal Engineering and Science University/Indian Institute of Engineering Science and Technology, Shibpur) in the year 1991. He was in the rank of Reader during the period January 1997 to January 2005. He is presently working in the rank of Professor since January 2005 at the Dept. of Engineering & Technological Studies, University of Kalyani. His area of research includes Microstrip Antenna, Microstrip Filter, Frequency Selective Surfaces and Artificial Neural Network. He has contributed around 310 research articles in various journals and conferences of repute. Among them 180 research articles are in peer reviewed international journals and 70 research articles are in SCI indexed journals. He has supervised 18 number of Ph.D students, 47 number of M.Tech thesis and more than 70 B.Tech projects. He is also a life Fellow of IETE and IE(India). 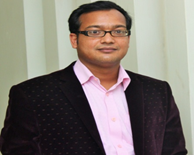 
Sajal K. Das is the Head of the Department of Mechatronics Engineering of Rajshahi University of Engineering & Technology, Bangladesh and Director of Control System Research Group of RUET. He is the President of Robotic Society of RUET and Advisor of Robotics and Automation Society, IEEE RUET SB, Bangladesh. He received the Ph.D. degree from the University of New South Wales (UNSW), Australia and worked as a Research Engineer in National University of Singapore (NUS), Singapore. He was a Visiting Academic in University of Newcastle, Australia and a Faculty Member of the Department of Electrical and Electronic Engineering of American International University-Bangladesh. He is a member of IEEE and serving as the Guest Editor in IET Renewable Power Generation and in Energies. His research interest includes renewable energy generation and control, microgrid, smart grid, virtual power plant, cyber security and nano positioning control. He has published more than 100 peer-reviewed journal and conference papers 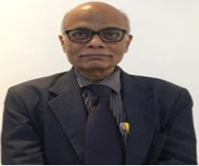 Professor (Dr.) Ghosh received his M.Sc. degree in Physics from Indian Institute of Technology, Kharagpur, PhD and D. Engg. / D.Sc. (Engineering) degree from Jadavpur University, Kolkata. He is involved with photovoltaic research at Jadavpur University since 1978 and made pioneering contributions in the field of electrical contracting technologies to the opto-electronic materials & devices in general and thin film photovoltaic in particular. Using electrochemical and defect induced contacting techniques he opened up avenues of research. He also discovered of electro kinetic effects from photovoltaic power plants which showed its potential application ‘Agrivoltaic’, the duel use of land for energy ar food security.
Professor Ghosh involved with School of Energy Studies, the first interdisciplinary academic unit, at Jadavpur University since its inception period. His original scientific and outstanding technological works placed the School at the global academic forum.
Prof. Ghosh worked as the postdoctoral researcher at Stuttgart University, Germany, Fellow of European Commission and Visiting Reader at Northumbria University at Newcastle, Academic Visitor at Imperial College, London, Royal Soc Overseas Scientist at University of Surrey, Guildford and Visiting Professor as well as Leverhulme Visiting Professor at Newcastle University, Newcastle, UK. Apart from fundam studies Professor Ghosh is also involved in de development, installation and monitoring of several MWp level grid connected photovoltaic power plants both in India and abroad. He also worked with United Nations Industrial Organization (UNIDO) as advisor in Energy & Climate Change. Government of West Bengal honored him with Sikharatna’, the ‘Outstanding Teacher’ and National Institute of Technology, Agartala, ho him with D.Sc. for his outstanding contribution in Science, Engineering and Education.
Professor Ghosh published more than 100 research papers in reputed SCI Journals and Conference Proceedings, generated 12 patent, wrote two books and several book chapters. His research papers were cited in many publications. 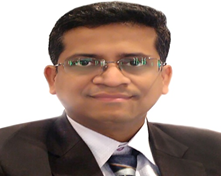 Prof. Debashis De earned his M.Tech from the University of Calcutta in 2002 and his Ph.D. (Engineering) from Jadavpur University in 2005. He is the Professor and Director in the Department of Computer Science and Engineering of the West Bengal University of Technology, India, and Adjunct research fellow at the University of Western Australia, Australia. He is a senior member of the IEEE. Life Member of CSI and a member of the International Union of Radio Science. He worked as an R&D engineer for Telektronics and programmer at Cognizant Technology Solutions. He was awarded the prestigious Boys cast Fellowship by the Department of Science and Technology, Government of India, to work at the Herriot-Watt University, Scotland, UK. He received the Endeavour Fellowship Award from 2008–2009 by DEST Australia to work at the University of Western Australia. He received the Young Scientist award both in 2005 at New Delhi and in 2011 at Istanbul, Turkey, from the International Union of Radio Science, Head Quarter, Belgium. His research interests include mobile cloud computing, Green mobile networks. He has published in more than 250 peer-reviewed international journals and 200 international conference papers, eight research monographs, and ten textbooks. His h index is 30 and the i10 index is 100. The total citation is 3600. He is an Associate Editor of the journal IEEE ACCESS, Editor Hybrid computational intelligence.

Professor (Dr.) Mandal received his BE in Power Plant Engg, M.Tech. in Energy Science & Technology and Ph.D.(Engg) from Jadavpur University. He has three Years Industrial experience and Seventeen Years Teaching and Research experience in the field of energy as Faculty Position at Jadavpur University. He has interest in the Renewable Energy, Power Engg, Energy Management, Energy Analysis, Solar Photovoltaic Application, Advanced Solar Photovoltaic Materials etc. Professor Mandal published more than 31 research papers in reputed SCI Journals and Conference Proceedings. No. PhD students has registered under his supervision is 6. He is a life member of FOSET and IET.